The travel & tourism industry plays the most important role in the Croatian economy with a contribution of more than 27 %.

The following table shows the importance the travel and tourism industry has on the national economies in Europe: 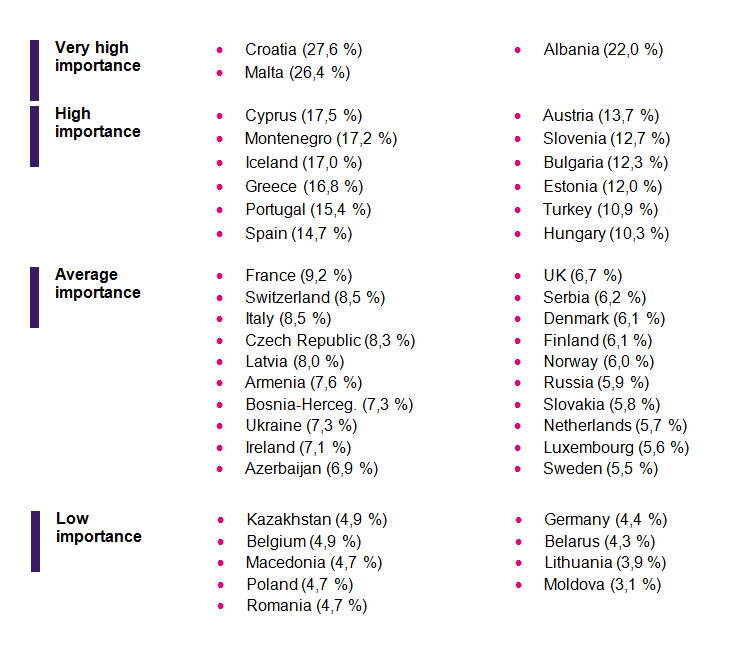 Croatia, Malta and Albania are those countries where the travel & tourism industry represents a very important economic sector. In all three countries the contribution is above 20 %. Cyprus (17,5 %) and Montenegro (17,2 %) complete the top 5 countries. On the other end of the scale are Moldova and Lithuania with a contribution of less than 4 %. An interesting fact is, that in Albania, although a rather under-developed tourism destination, the contribution to the national economy is very high with 22,0 %. On the contrary, tourism is well-developed in countries like Belgium and Germany – still in both countries the travel & tourism segment does not play a significant role in the national economy. In order to get a realistic picture about the long-term development, we compared the 2012 figures with the one from 1997. The following graphic shows those five countries with the biggest increase and those with the biggest decrease over the last 15 years. 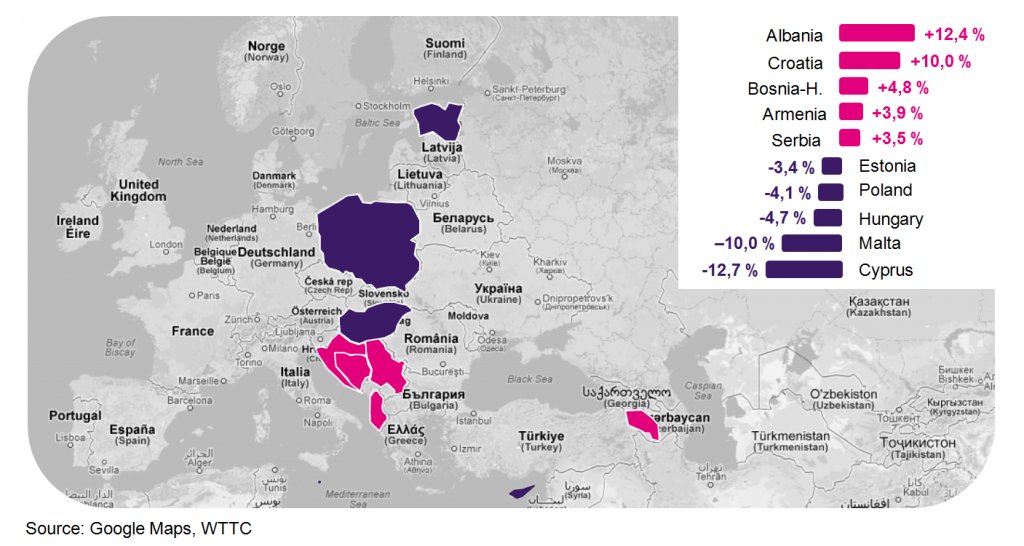 While Albania, Croatia, Bosnia-Hercegovina, Armenia and Serbia share the increase of the travel & tourism contribution to the national GDP and therefore the importance of tourism for the national economy grew significantly between 1997 and 2012, in Cyprus, Malta, Hungary, Poland and Estonia the opposite development took place. The developments in Albania (+ 12,4 %), Croatia (+ 10,0 %), Cyprus (- 12,7 %) and Malta (-10,0 %) are especially remarkable. However a significant decrease in importance does not necessarily mean, that the travel & tourism industry of this country is facing problems or is in a phase of decline – it can also mean, that other economic segments grew in importance. 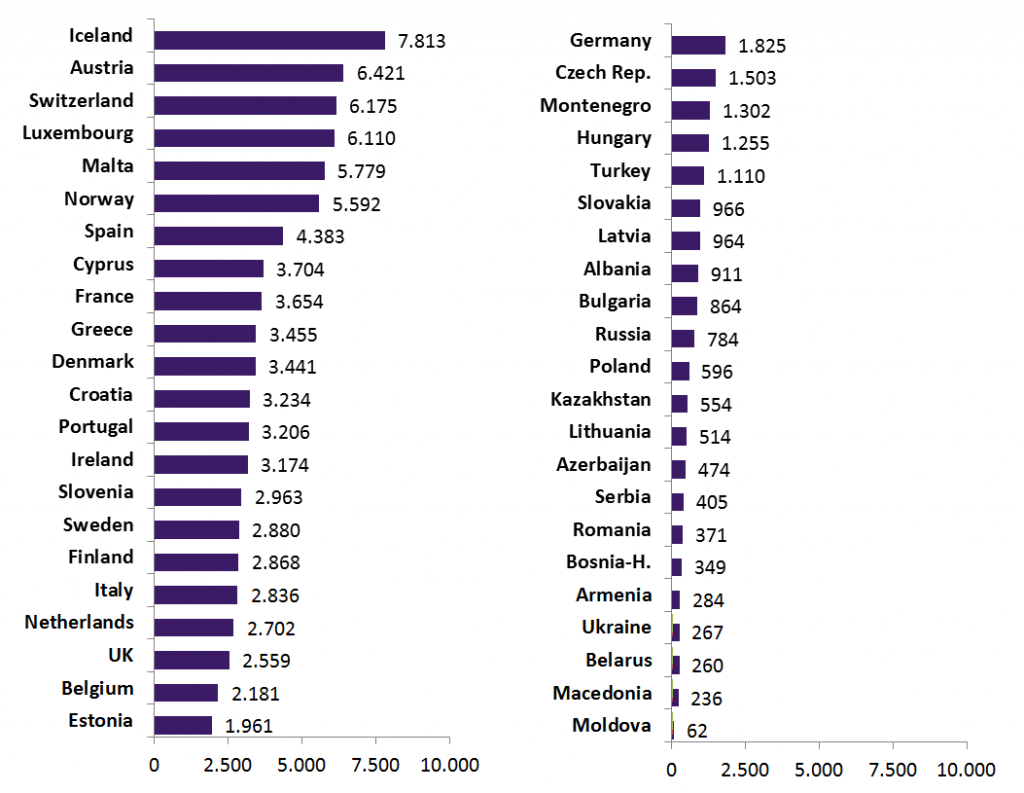 When taking a closer look at the result of this analysis, it is obvious that the majority of those countries in which tourism is a well-developed industry are in the top 20. In 2012 Iceland was the leader (with USD 7.813 per person generated by the travel & tourism industry), followed by the Alpine destinations Austria (USD 6.421) and Switzerland (6.175). At the other end of the ranking, there are 17 countries with a contribution of less than USD 1.000 per person, with Belarus (USD 260), Macedonia (USD 236) and Moldova (USD 62) at the end of the table. A useful indicator for showing how successful tourism development policies have been implemented by a country is the level of increase of the travel & tourism industry contribution per person over a longer period of time. The following table presents the increase in travel & tourism industry contribution per person (in USD) between 1997 and 2012: 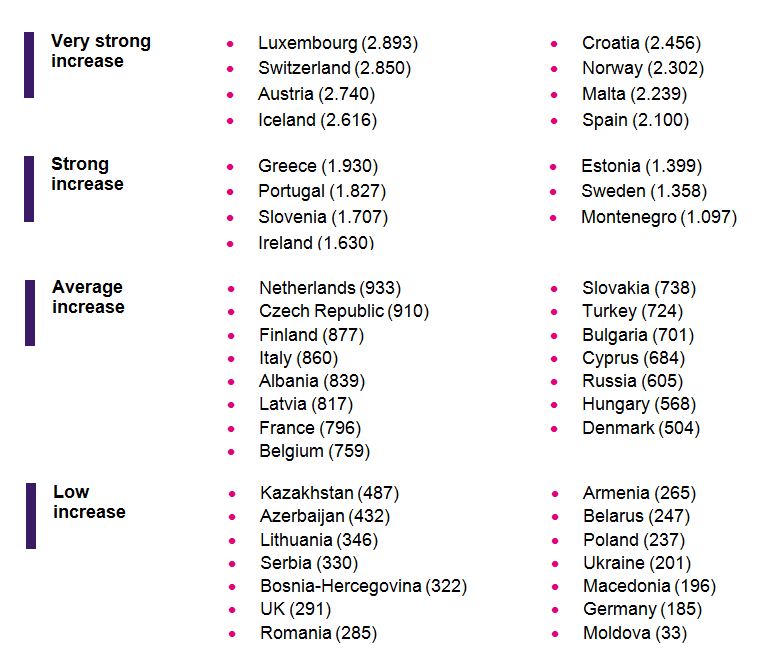 Luxembourg is on top of this list with an increase of USD 2.893 per person since 1997, followed by Switzerland (USD 2.850) and Austria (USD 2.740). At the bottom of the table are Macedonia, Germany and Moldova with an increase of less than USD 200 over the last 15 years – especially in the case of Germany a rather unexpected result.

Kohl & Partner is an independent and internationally operating consulting company, specialized in the field of hotel and tourism development. More than 30 years of experience in tourism gives Kohl & Partner the ability to be a professional and reliable partner for each tourism development project. A team of experts, in combination with a broad network of professional partner companies, offer their experience on all levels of tourism – from hotels & resorts to tourism destinations and tourism infrastructure projects. Kohl & Partner won the Austrian Quality Award for SMEs and is a member of various international organizations, like the UN World Tourism Organization or the AIEST (International Association of Scientific Experts in Tourism). Currently the team of Kohl & Partner consists of more than 40 experts in 12 offices in nine countries (Austria, Germany, Italy, Switzerland, Hungary, Romania, Bulgaria, Macedonia and Albania). The core business areas of Kohl & Partner are Hospitality Industry, Tourism Infrastructure, Tourism Destinations. 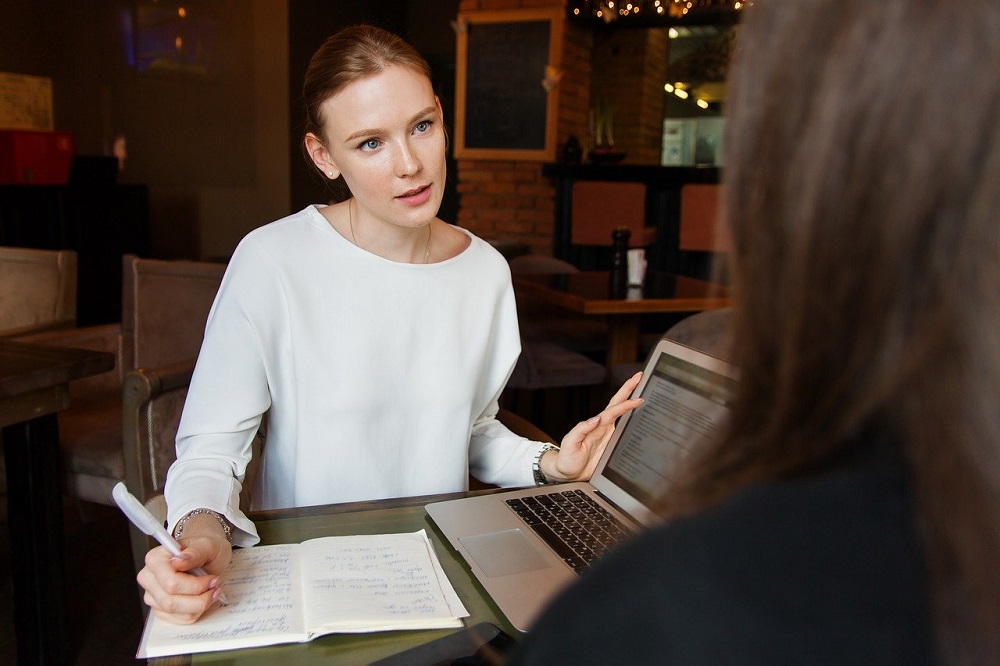 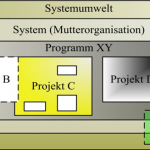 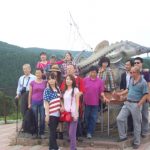